Problem: In October 2019, Microsoft released an update to PowerPoint that has broken the ability for Macros to communicate directly with the PowerPoint ribbon, rendering all items on the ‘assignment’ tab nonfunctional. The update has also produced other unpredictable and inconsistent errors. We are hopeful Microsoft will resolve these problems in a future update, but we have made and documented a workaround to allow students to complete/submit assignments in the meantime.

Workaround: Because macros cannot interact with the ribbon, they will need to be run manually. This can be done by following these steps:

Workaround Problems: During our testing we have encountered odd behaviors such as the executed macros freezing the PowerPoint application.

If you encounter this, you will need to force quit the application manually by using the ‘Force Quit Applications’ tool provided in MacOS, selecting ‘Microsoft PowerPoint’ from the list of open applications, and clicking ‘Force Quit’. 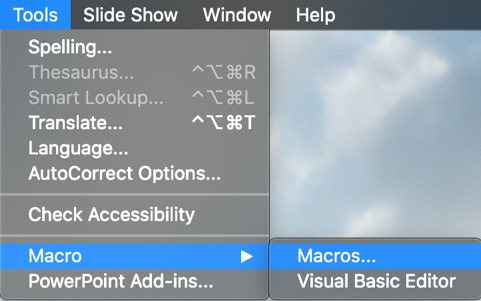 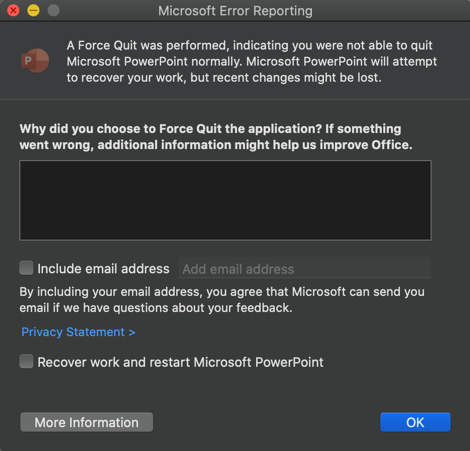 If this does not work for you please reach out to support@myeducator.com directly.

Did you find it helpful? Yes No

Send feedback
Sorry we couldn't be helpful. Help us improve this article with your feedback.